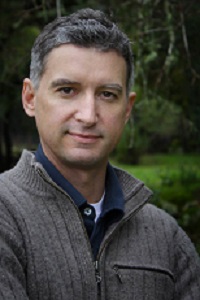 Fascinated by the seemingly infinite complexity of sensation afforded by a bottle of wine, Matt Courtney strives constantly to gain a more complete understanding of the processes involved in winemaking from the vineyard to the bottle. He is passionate about the details and nuances of the entire process, and prides himself in creating wines of both hedonistic enjoyment and intellectual contemplation.

Born in Meridian, Mississippi, Matt originally moved to the Bay Area at the age of 10. While studying for his philosophy degree at UC Berkeley, Matt simultaneously studied under a variety of fine dining gurus and wine experts: a focus that started at Alice Waters’ Chez Panisse restaurant in Berkeley, and would take him as far away as Bologna, Italy. While at UC Berkeley, he also met his future wife on the ski team. After college, they moved Jackson Hole, Wyoming where Matt worked at Restaurant Terroir with Master Sommelier Ken Fredrickson, and also began working toward becoming a Master Sommelier. After passing the certificate level exam, Matt left for France and Italy to begin serious study for the advanced level of the three-tiered Court of Master Sommeliers program. However, upon meeting and discussing wine with the many of the producers that he had come to respect the most, he realized that to attain the level of understanding to which he aspired, he had to make wine.

It was then that Matt's passion for Chardonnay and Pinot Noir was established.  He and his wife returned to California to continue their studies, she in nutritional biology and he in viticulture and enology. While working on pre-requisites to enter UC Davis, he cut his teeth in the cellar with winemaker Al Perry at Robert Biale Vineyards.

Matt graduated in 2005 right when wine industry icons Helen Turley and John Wetlaufer were looking for a new Assistant Winemaker for their personal label, Marcassin. Matt got the job, and over the next eight years, he worked closely with Helen and John in both the vineyard and winery. Matt was able to see and experience first hand the focus, approach, and attention to detail necessary to grow and produce wine on the very highest level. During his tenure at Marcassin, Matt played a tremendous role in crafting some of the most highly sought after and highly acclaimed Pinot Noirs and Chardonnays in the new world.  After spending eight years honing his craft Matt knew the time was right for him to step out and take full control of the production process.

The perfect opportunity came in 2013 when Matt was offered the position of winemaker at Arista Winery in the Russian River Valley. Excited by the prospect of working with the winery’s two premier estate vineyards as well as their select group of growers, Matt enthusiastically accepted the offer.  He will also preside over the design and construction of the new, estate winery from the ground up. Matt looks forward to the opportunity of helping a young brand with huge potential continue its rise to the highest levels of quality.

Matt resides in St. Helena with his wife Angela, daughters Anya and Sasha, and their golden retriever Murphy.